Mr Crozier from Longwell Green has been a Heat:Plan customer for over seven years.  He has his boiler serviced annually, which is included in the annual Heat:Plan service contract from Gregor Heating,  but when he discovered a leak from a hot water pipe under his sink, he wasn’t sure what to do or if his leaking water pipe would be covered by his Heat:Plan contract.

He called Gregor Heating and was told the good news, that as a Heat:Plan 2 customer, his hot water system was also covered. What’s more, as a Heat:Plan customer his call would be prioritised and an engineer would be out within the next 24 hours.

Mr Crozier was pleased with this result, but was even more impressed when 30 minutes later he received a call back from the customer service team at Gregor Heating to said they would have an engineer with him straight away!

The engineer arrived at the house but did not have the specific part to finish the job.  However, at Gregor Heating, our engineers work until the job is done.  We live up to our motto, “We’re not happy until you are happy”.  And within two hours the engineer had bought and fitted the new part and finished the job.

In Mr Crozier’s own words, “I like Gregor Heating because they are a local company and I always see their vans around the area.  Their service is consistent year in year out and I would have no hesitation recommending Gregor Heating to others.

“I often get letters and leaflets from British Gas and other heating companies but I’m happy to stay with Gregor heating.  I know their service is good and with Heat:Plan I know I’m covered, so I don’t have the worry of trying to find a plumber in the event of an emergency. ” 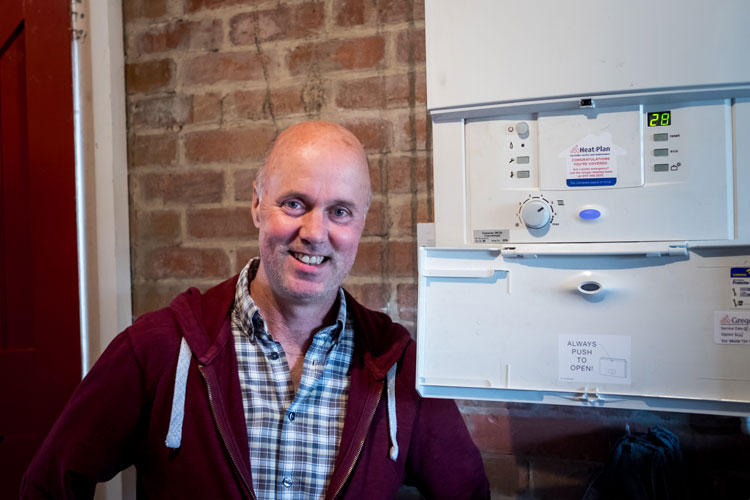 We’re a friendly local installer that has been helping families in and around Bristol and Bath to heat their homes for over 30 years!
#GregorGiving